SIBOR vs SOR vs Board Rate

Since the Monetary Authority of Singapore's (MAS) mandate that home loan interest rates should be transparent, Singapore banks started rolling out packages that are pegged directly to the SIBOR (Singapore Interbank Offered Rate) and SOR (Singapore Swap Offer Rate) in early 2007. This is a breathe of fresh air for the local mortgage scene as prior floating rate housing loan packages are all pegged to this "black box" rate, generically known as the bank board rate. Each bank will have her own term for this, such as Mortgage Financing Rate, Home Mortgage Floating Board Rate, Special Housing Rate et cetera. Even though SIBOR is known to be one of the components that all banks' board rates are pegged to, SIBOR's exact influence on the board rate is unclear. Furthermore, many banks confused customers with board rate mumbo jumbo, such as stating that board rates are more stable than SIBOR and SOR. An absolutely true statement at that point in time, except that the bankers failed to mention that SIBOR and SOR had been on the downtrend for months. And also the oh so innocuous fact that when SIBOR and SOR goes up, the board rate tends to go up faster and higher.

SIBOR and SOR, on the other hand, are determined by the Association of Banks in Singapore and are published on financial mediums such as The Business Times, Reuters and Bloomberg. The difference between SIBOR and SOR is essentially that upon maturity of the SOR period, there will be a forex conversion from USD to SGD.

The following key points can be inferred from the existing data: 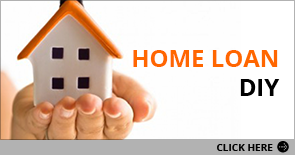 Do you have a Mortgage Enquiry?

Compare and view details of the